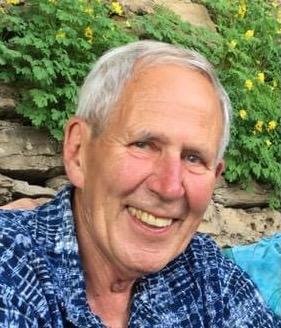 Please share a memory of Paul to include in a keepsake book for family and friends.
View Tribute Book
Paul Ashton Dunn Obituary (May 25, 1936-March 31, 2021) Surrounded by his family, Paul Ashton Dunn died peacefully on March 31, 2021. Paul was born on May 25, 1936 in New York City. The son of Ashton and Katharine Stryker Dunn, he grew up in New York City and Chappaqua, NY, graduated from the Hotchkiss School in 1954 and from Princeton University in 1958. His lifelong interest in broadcasting began at the college radio station, WPRB, with which he remained active all his life as a charter and advisory trustee. After two years in the U.S. Army, he worked at WMCA in NYC, where he became Assistant to the President. From 1966-68 he was V.P. Station Manager at WGVA in Geneva, NY and from 1968-89 he was President/ General Manager of WTLB and WRCK in Utica, NY. In 1989, he joined public broadcasting stations WCNY-TV/FM in Syracuse, NY as Director of Corporate Communications. At his retirement in 2004, he was V.P. Station Manager of WCNY-FM. Paul served on numerous community boards, including Planned Parenthood of the Mohawk Valley, the Utica Symphony, the Mohawk Valley Chamber of Commerce, the Mohawk Valley Council on Alcoholism (now the Center for Family Life and Recovery), and the Oneida County Historical Society. He was an Oneida County Democratic committee person for the town of Kirkland. In retirement, he enjoyed spending winters in Panajachel, Guatemala, where he volunteered with children at the LIFE School. He was a poor but avid golfer and loved his time at the family camp on Little Long Lake. He was especially proud of his long-term sobriety which began in 1987. He is predeceased by his sister Susan Taylor-Conner, and leaves behind his wife Anne, whom he married in 1964, three children and their spouses, whom he loved and greatly admired, Kate Dunn and Jim Ellis of NYC, Dave and Kelly Dunn of Fayetteville, NY, Nat and Karen Dunn of Fayetteville, NY, eight grandchildren, Cullen and Lucy Dunn Ellis, Kara, Sam and Maggie Dunn, Jared, Ryan and Justin Dunn, and his sister Judith Grant. A Memorial Service at Stone Presbyterian Church in Clinton, NY will be planned at a safer date. Contributions in his memory may be made to Center for Family Life and Recovery, Utica, NY and the Robert Muller LIFE School, Panajachel, Guatemala, at www.lifeschoolfoundation.com.

Share Your Memory of
Paul
Upload Your Memory View All Memories
Be the first to upload a memory!
Share A Memory
Plant a Tree