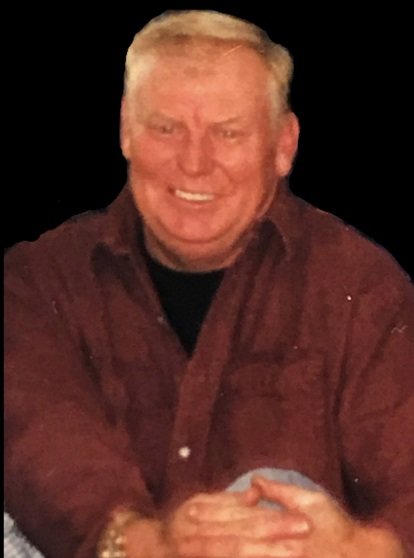 Please share a memory of William to include in a keepsake book for family and friends.
View Tribute Book
Clinton – William (Bill/Billy) C. Callahan of Clinton, passed away, peacefully after a brief battle with COVID-19, surrounded by his loving family, on January 3, 2021, at the age of 73. Bill was born on December 7, 1947, to the late Martin and Naomi (Nichols) Callahan, in Utica, NY and briefly lived in Leonardsville before moving to Clinton. He graduated from Clinton High School in 1967 before being drafted into the army in 1968 and honorably discharged in 1974. Upon his return from Vietnam, after receiving several medals, he married the girl next door, Cynthia Christ on June 27, 1970. Bill and Cynthia quickly started a family in Clinton where they were married for 50 years. They had five children together. Holidays and birthdays always gathered the family together. Bill was a great cook, and was well-known for his chicken soup and apple pies, which if anyone was sick they were assured a batch of his soup. He loved to have his family around him for social events. He thought the world of his grandchildren, and they could do no wrong. Bill was a longtime employee of the Town of Kirkland where he started his 33-year long career for the Highway Department, as a heavy equipment operator, before retiring in 2004. He continued to work for the town right up until he passed. Many people in Clinton will remember him as the face of the transfer station. He also prided himself on keeping the roads in the town cleared, with his Walter Snow-Fighter, all winter especially Sky Line Drive. Bill was an avid fisherman and could be seen almost daily fishing on either Delta or Oneida Lake, from the day the lake thawed until it froze. One was never surprised when they’d ask, “where’s Bill/Dad?” and someone would answer, “fishing!” Bill was also a very social person and enjoyed sitting on his veranda, or as Billy would say his verenda, and visiting with friends. He was also quick witted and the king of one liners. He was able to make friends wherever he went. Bill was a very handy man and could fix anything. He loved working in his garage and tinkering for hours, but God forbid you touched any of his things without asking first. Bill will be sadly missed by his family members: wife, Cynthia; his five children Carrie and Anthony DeBernardis, William Jr. (Billy) and Dorothy Callahan, Heather Callahan and Raymond Centotella, Clayton Callahan and Erin Callahan; his four grandchildren, Savanna and Rachael DeBernardis, Gabriel Callahan and Montell Scott Jr. He is also survived by his sisters, Joyce Mosher and Katie Wright; brothers, Howard, Michael (Shelly), Charlie and Stanley Callahan, his in-laws Buddy Christ (Jane McNamara), Diane (Tom) McNamara, Carol (Mark) Boehlert, Debbie (Kevin) Franz, Sharon (Henry) Lewis, and Matthew (Laurie) Christ, and several nieces and nephews. Bill was predeceased by his parents, sisters Lois and Rose; brother, Patrick; nephew, Keith; and his in-laws Carl and Anna Christ. Bill will be greatly missed by his family members as well as the many friends and fishing buddies he has made throughout his life. The family would also like to thank the nurses and staff of St. Luke’s ICU and IMCU for their wonderful care. They exemplified utmost compassion and care during this difficult time. In lieu of flowers please consider donations to Feed Our Vets or the CPV Rescue and Sanctuary in Clinton. All are invited to call on Friday, January 8th,2021 from 4-7 PM at Owens-Pavlot & Rogers Funeral Service 35 College Street, Clinton. Masks are required, contact tracing will be conducted, and please respect all current social distancing guidelines. Services for Bill will be private to the family; he will be buried in Sunset Hill Cemetery in the spring.
Print
Friday
8
January