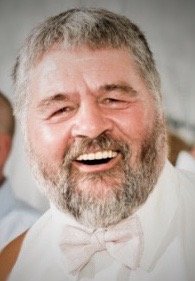 Obituary of James A. Peck

Please share a memory of James to include in a keepsake book for family and friends.
View Tribute Book
James A. “Jamie” Peck, 61, of the Town of Marshall, passed away unexpectedly on May 13, 2020. He was born in Utica on October 1, 1958, a son of John and Katherine (Ireland) Peck and graduated from Clinton Central School. Jamie married his high school sweetheart, Nancy Lewis on October 7, 1989 – they were true soulmates. For 35 years, Jamie was a dairy farmer who owned and operated James Peck Farms. He could fix just about anything and did not believe in the word “can’t”. He was always there to lend a hand or an ear to those in need. The pillars of his life were God, family, friends and community. His two greatest loves were his children Alex and Marshall. For several years he served as a Town Councilman, Planning Board member and a past volunteer for the Barton Hose Company. His greatest passion in life was anything and everything to do with farming. He is survived by his wife, Nancy; his two children Alexandra (James) Jarrett and Marshall Peck; his mother, Katherine Peck; four brothers, Jack (Janine) Peck, Jeff (Marykay) Peck, Bernard (Michelle) Peck, and Chris (Shannon) Peck; four sisters, Mary Zombek, Sue (Mark) Ruane, Kathy Fitzgerald, and Annie (Jim) Glouse; brothers-in-law, Chris (Bonnie) Lewis, Michael (Polly) Lewis, Jon (Diane) Lewis, and Jeff Lewis, and over 100 nieces and nephews. Due to current health restrictions, a service will be held at a later date. The family would like to thank the members of the Barton Hose Co., COCVAC, and the officers who responded for all their efforts to help Jamie and his family. Please consider donations in Jamie’s memory to the Barton Hose Company.
Saturday
24
July

Share Your Memory of
James
Upload Your Memory View All Memories
Be the first to upload a memory!
Share A Memory
Send Flowers
Plant a Tree