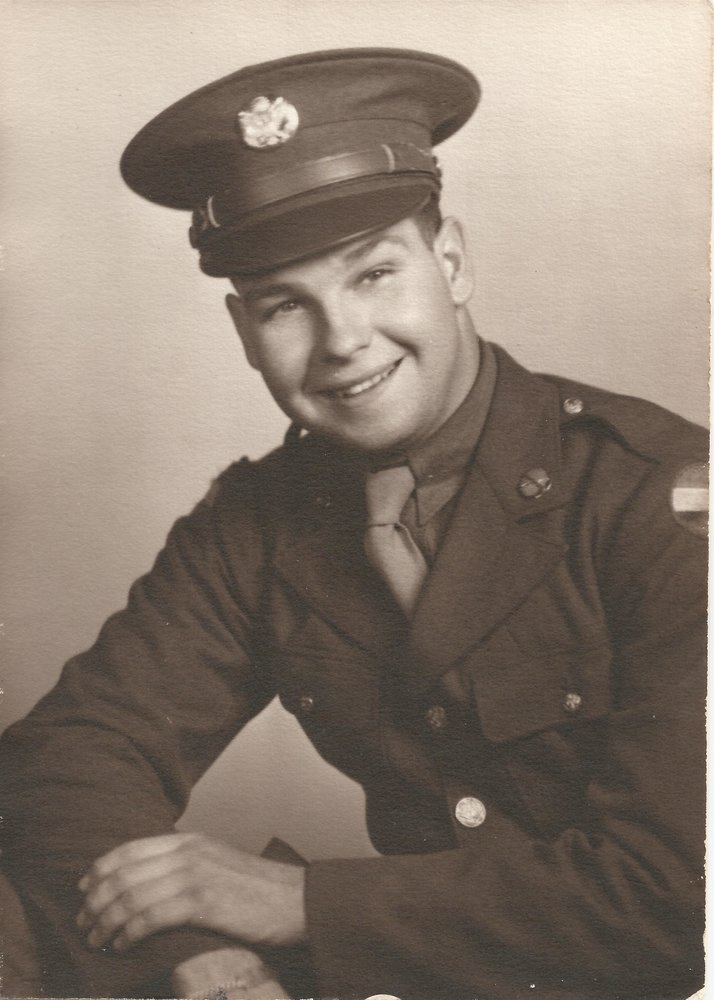 Sidney James Owens, age 93, of Westmoreland, N.Y. went to be reunited with his beloved wife, Freda, on October 26, 2019. He was born in Sauquoit, New York on August 2, 1926 the son of Owen William Owens and Caroline May Williamson Owens

He attended Sauquoit High School. At the age of 17 Sidney left high school to enlist in the Army. After 25 weeks of infantry training, his division departed the US and landed on the beaches of France on D-Day plus 5 - one month after his 18th birthday. As a squad leader for a heavy weapons crew he earned several campaign ribbons for seeing action in France, Belgium, and Germany.  Sidney was most proud of being awarded the Bronze Star Medal for, “heroic or meritorious achievement in ground combat against the armed enemy during WW II in the European Theater of Operations”. In November of 1946, holding the rank of Sergeant, he received an Honorable Discharge from the Army.

When Sidney returned home his aunt introduced him to a pretty little brunette by the name of Freda, who operated her family grocery store on Dudley Ave. in Utica.   On May 29, 1948, he married Freda H. Ferris, who was the joy of his life, in Saint Francis De Sales Church. They were married for 68 years.

Sidney was a toolmaker by trade having worked at Bendix and Chicago Pneumatic before finally retiring from Rome Turney in 1994.

Sidney loved hunting, playing cards with friends, reading his Zane Gray westerns novels and being with his family. He was a man of integrity, and kindness. A quiet giver of service to his church, family and friends, asking nothing in return. He was an active member of The Church of the Annunciation in Clark Mills for over 50 years.

Share Your Memory of
Sidney
Upload Your Memory View All Memories
Be the first to upload a memory!
Share A Memory
Send Flowers