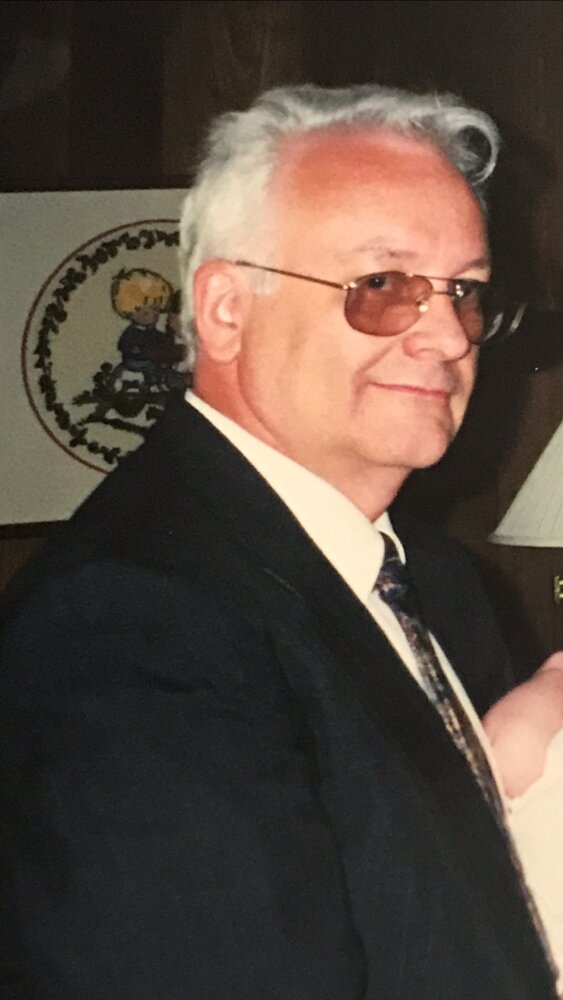 Please share a memory of Joseph to include in a keepsake book for family and friends.
View Tribute Book

Joe’s passing was the primary result of (IPF) Idiopathic Pulmonary Fibrosis diagnosed Jan 2018. He thanks Dr. Ghassan Koussa and staff (Heather) of Oneida Healthcare and MVHS Pulmonary and Critical Care, also Dr. Mallory Sullivan and staff for the professional care provided by them while confronting this relentless problem and hospice care for their help in this journey.

Joe was born March 1942 in Gloversville NY to the late Eugene and Catherine Swart Groshans. Joe grew up in Caroga Lake and graduated from Wheelerville Union Free School. Caroga was where he met his future wife Charlene O’Brien in 1959 where her family had a summer camp. Joe altered his education plans from attending RIT in Rochester to take Mechanical Engineering at (MVTI) Mohawk Valley Technical Institute in Utica NY in 1960 to be closer to Char who was enrolled in Nursing at Faxton Hospital. They became inseparable from that point on and married in 1963.

After graduating from MVTI, Joe became employed at Chicago Pneumatic Tool Company in the engineering department. Joe held many positions in engineering throughout his 34-year CP career, ending as Project Manager for Advance development engineering of pneumatic powered tools. During those years he received 9 US patents for various mechanical and control system designs. Along the way Joe continued his education at (MVTI) MVCC and (SUNY IT) SUNY POLY completing his dual Mechanical & Electrical engineering degree, graduating the same year from SUNY IT with his son.

Upon returning to Clinton in 2002, Joe and Char resumed where they left off renewing their previous close friendships especially with Frank & Barb, Adele & Nick, Judy, Pat and getting better acquainted with a new grandchild. Joe became an independent Engineering consultant for local companies and small municipalities providing Electrical Control Systems and associated Computer control and custom Software, while working closely with his friend Frank Scarpino of EMF Electrical Contracting to install and service these systems. A rewarding experience that lasted for 10 years until Joe and Frank fully retired to a slower pace in life.

Char has been Joe’s rock of support, since they married in April 1963. Her nursing education was the correct choice that perfectly matched her caring and nurturing nature that later helped Joe immensely and their love has been unconditional throughout the years.

Joe enjoyed maintaining and renovating their home (Char’s family home) in Clinton as well as the family camp at Caroga Lake. He was always part of his children’s life of cars, sports, music, and dance. He especially enjoyed the road trips to dance competitions in Myrtle Beach SC and Orlando FL etc. with his daughter Sheri. Car shows in Carlisle PA., as well as the time restoring a Pontiac 69 Custom S, vacationing in Raleigh and Myrtle Beach with his son Joe. Not to mention the 73 Corvette, and 1979 & 1981 Chevette fixes etc. but it was all fun. And not so long ago diagnosing some 1995 Corvette problems.

Since Joe was a very private person, at his request there will be no public services and he wishes anyone he may have crossed paths with, met or known, the very best in their life.

For those so desiring please consider donations to your favorite medical research organizations or St Mary’s Church Clinton, NY.

Share Your Memory of
Joseph
Upload Your Memory View All Memories
Be the first to upload a memory!
Share A Memory
Send Flowers
Plant a Tree