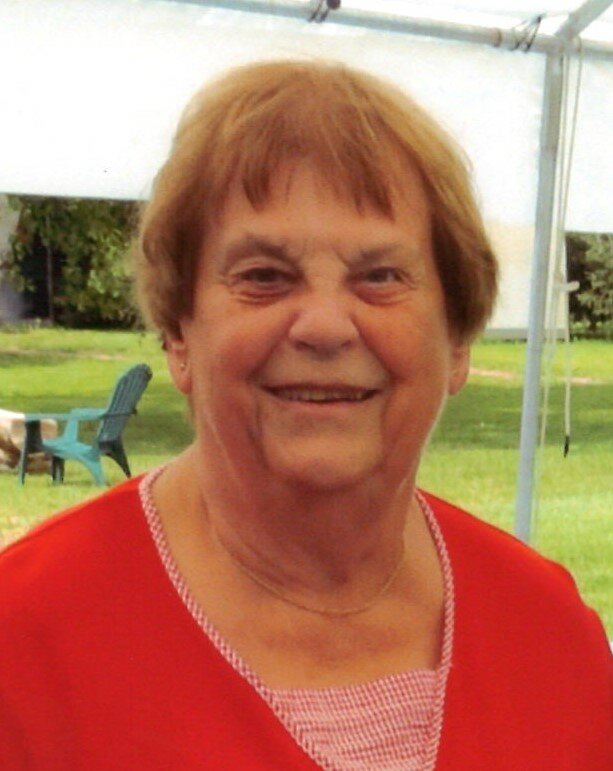 Please share a memory of June to include in a keepsake book for family and friends.
View Tribute Book

June Lloyd Stolarczyk, of Clinton, passed away October 11, 2022, at the Lutheran Home.

She was born in Utica, NY, a daughter of the late Clarence and Beatrice (Baldwin) Lloyd.  She lived in Deansboro most of her life before moving to Clinton.  June graduated from Waterville Central School and Utica School of Commerce.  She was employed at the Waterville Memorial Park School for 31 years and retired in 2003.  June also worked part-time for Utica-Rome Bus Co as a tour escort, enjoying trips around the country, meeting new folks along the way, and making lasting friendships.  She was a member of the United Church of Christ in Deansboro.

June was a loving mom to her four children. She is survived by two sons, Brian and Mark and Paula Stolarczyk, both of Madison; two daughters, Ann Burns of NC and Carol and Curt Shaw of Clinton; eight grandchildren; three great-grandchildren and another due any day; a sister, Marilyn and Louis Spina of Deansboro; sisters-in-law, Joyce Lloyd of Deansboro, Pam Lloyd of Clinton and Alice Kolwaite of Whitesboro; and many nieces, nephews and cousins.  She was predeceased by her brothers Donald and Fay Lloyd.

The family would like to thank the nurses at Lutheran Care, especially Diana and Michelle, for their compassionate care, and Paula, June’s daughter-in-law, who was our solid rock and there for Mom and us all.

At June’s request, there will be no calling hours. Private service will be held for the family with burial at Deansboro Cemetery. Arrangements by Owens-Pavlot & Rogers Funeral Service.

In memory of June, please consider donations to Deansboro United Church of Christ, the Deansboro Cemetery Association, or St. Jude’s which she supported.