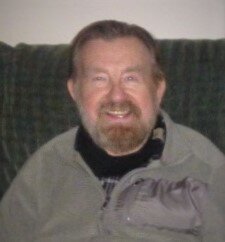 Harold Crouch Sr. (aka “Wolf”) passed away peacefully on June 17,2022. Harold was born on May 25,1941. He grew up in Remsen NY. He worked as a maintenance mechanic at Kelsey Hayes for over 28 years. As evidenced by his career, Harold was a gifted mechanic and all around handyman. He loved the outdoors and enjoyed motorcycling, camping, fishing, and hunting. He struggled with dementia in his later years; dementia robbed him of his memories but it never took his kind & caring personality. He was a wonderful dad and grampa who will be deeply missed.

We will be forever grateful for the kind, compassionate care provided to Harold by the 3rd floor staff at the Oneida Center for Rehabilitation and Nursing. In lieu of flowers, please consider a donation to Whitestown Legion Post 1113, 110 Main Street, Whitesboro NY 13492.