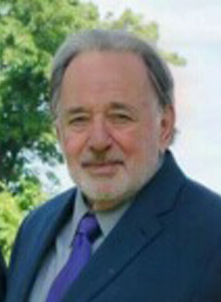 Please share a memory of Gary to include in a keepsake book for family and friends.
View Tribute Book
Gary Lee Comstock passed away peacefully on May 14, 2022 at the age of 75, in his hometown of Clinton, New York. Although he lived and traveled many places, Clinton was always home to him. He was born in Utica to James and Mary Comstock on October 10, 1946, and graduated from Westmoreland High School in 1964, where he loved to play baseball and was a good athlete playing many different sports throughout his life. Gary attended the University of Buffalo and was an Army Veteran. He was pre-deceased by his sister Linda Comstock and survived by his brothers James and Brad Comstock and their families. He meet his wife Kathleen in 1964 and they were married in 1973 (married 49 years) and they had two kids in 1977 and 1980. He was pre-deceased by his daughter Ashley and survived by his wife Kathleen, sister in-laws Christine Clark and Colleen Dooley, son Zachary, daughter In-law Katherine and grandsons Mikah and Ashton. He was a voracious reader, writer, loved listening to music from many genres and was a very competitive chess player who loved to study the game and hosted a chess club for many years. He was a passionate/talented chef and owned and ran a popular local restaurant Alexanders Café on the Clinton Green from 1978 to 1986. During that time, the café was a staple central gathering spot for the local community and he organized a reggae concert and chess tournament during this time. After getting out of the restaurant business, he worked for many years in the natural food industry in different companies including cofounding a natural dairy company called Natural by Nature that produced organic and natural healthy dairy products. He was a natural in front of the camera which combined with his love of cooking and his humor helped in the creation of a local TV program called the ‘Active Day Chef’ where he got to be the host, experiment and share his recipes, talk to other local chefs and tell jokes and make people laugh. Gary was usually happiest (sometimes maddest depending on how he was playing that day) while on the golf course and played for many years in the life long quest to perfect his game. Although health issues in recent years affected his life, he had an impact on many people’s lives through his humor and friendship and will be greatly missed by his family and friends. A formal public ceremony will not be held. In lieu his family asks you to remember Gary in your own way and donate to Hospice or World Central Kitchen.