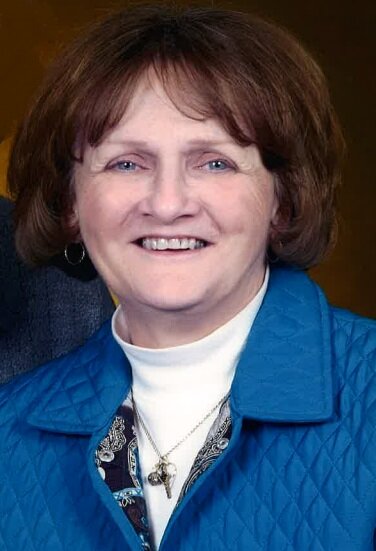 Please share a memory of Jacquelyn to include in a keepsake book for family and friends.
View Tribute Book
Jacquelyn Ann (Caswell) Wagner,75, devoted wife, mother, grandmother, sister, and friend passed on January 28, 2022, succumbing to her battle with untreatable cancer. Her unending love of family and friends, combined with her unyielding faith, gave her added strength and endurance as she moved into the arms of her Lord and Savior Jesus Christ. Jacque was born in Utica, NY on August 21,1946, to Robert Caswell (deceased) and Vivian (Cole) Caswell. She was a graduate of Whitesboro High School (1964) and attended Cayuga Community College in Auburn. In 1968 she married Richard (Dick) Wagner, a longtime friend and classmate after his return from serving with the US Marine Corps in Vietnam. She started her career working at Liberty Mutual and later MetLife Property & Casualty Insurance company. In 1994, after volunteering for many years, she felt called to leave the corporate world and serve as the Executive Director of CareNet of Central NY (formerly Crisis Pregnancy Center) until retiring in 2012. She also sat on the Board for Reach Initiative International. In addition to many years of Pro-life advocacy, she also invested countless hours mentoring, leading bible studies, teaching and serving those around her. Undeniably her most cherished activity was being a devoted caregiver to both her husband and mother/best friend Vivian. As testimony to a life well lived, faithfully serving her God, and tirelessly sharing the Gospel of Jesus Christ, she leaves a legacy of countless lives that are blessed for having known her. We joyfully affirm without hesitation that she has gone into eternity having obediently fulfilled the command of Jesus found in Matthew 5:16 “…Let your light shine before others in such a way that they may see your good works and glorify your Father who is in heaven.” Jacque is survived by husband of 53 years, Dick of Westmoreland, NY and three children: Brett Wagner (Tina) of Wake Forest, NC; Scott Wagner (Kristin) of Coats, NC; and Amy (Jim) Yeager of Danville, KY; ten grandchildren and five great-grandchildren. She also leaves behind three sisters: Jill Whitehead (Gary) of Odessa, TX; Robyn Blake (Jon) of Columbus, OH; and Beth Rutenber (Terry) of Port St John, FL. The family would like to thank Dr. Toby Taylor and Hospice for all their support. A special thanks to Peg Burns, Diana Weber, Julie Rosati and Kailee Perrin. Services will be held Saturday at noon at Plymouth Alliance Church in Sherrill, NY (169 Kinsley St) with calling hours from 10:00 AM – 12:00 PM, immediately followed by a memorial service. Arrangements are being handled by Owens-Pavlot & Rogers Funeral Service in Clinton, NY. In lieu of flowers, the family asks that you consider a donation to CareNet of Central NY in memory of Jacque. Interment will take place in the spring at Westmoreland Union Cemetery.
Saturday
5
February