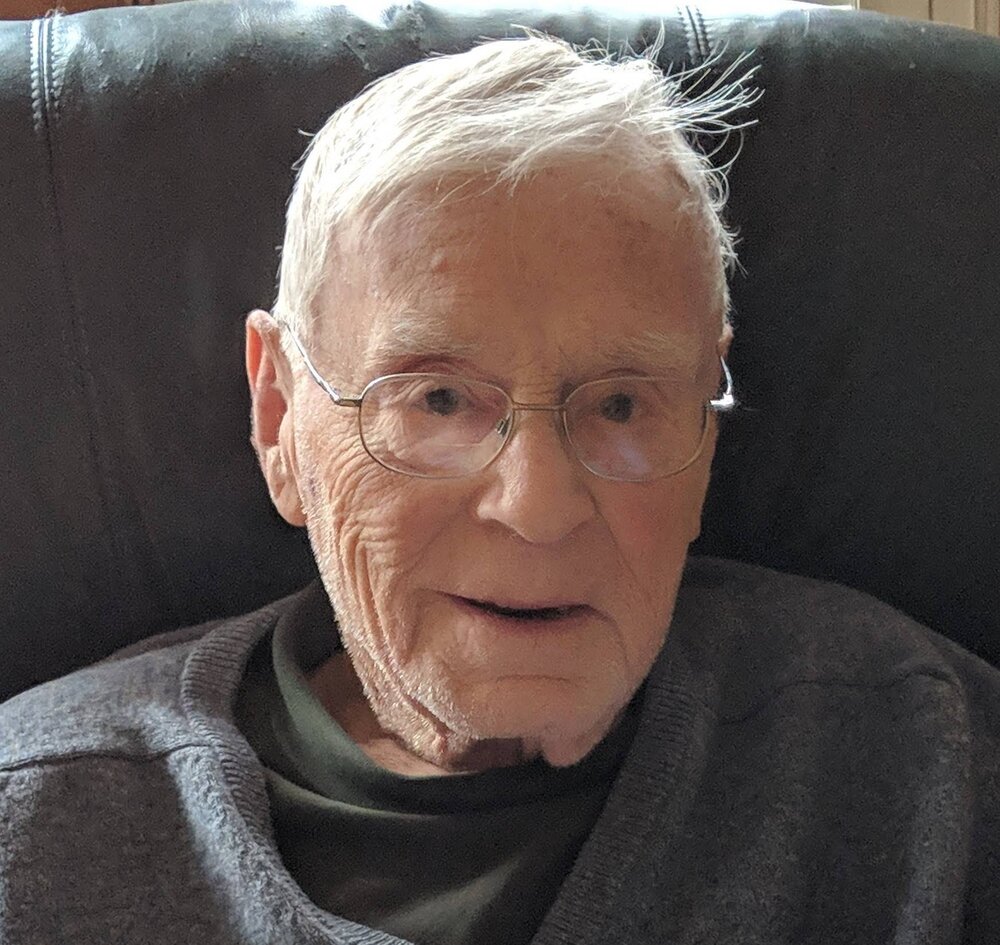 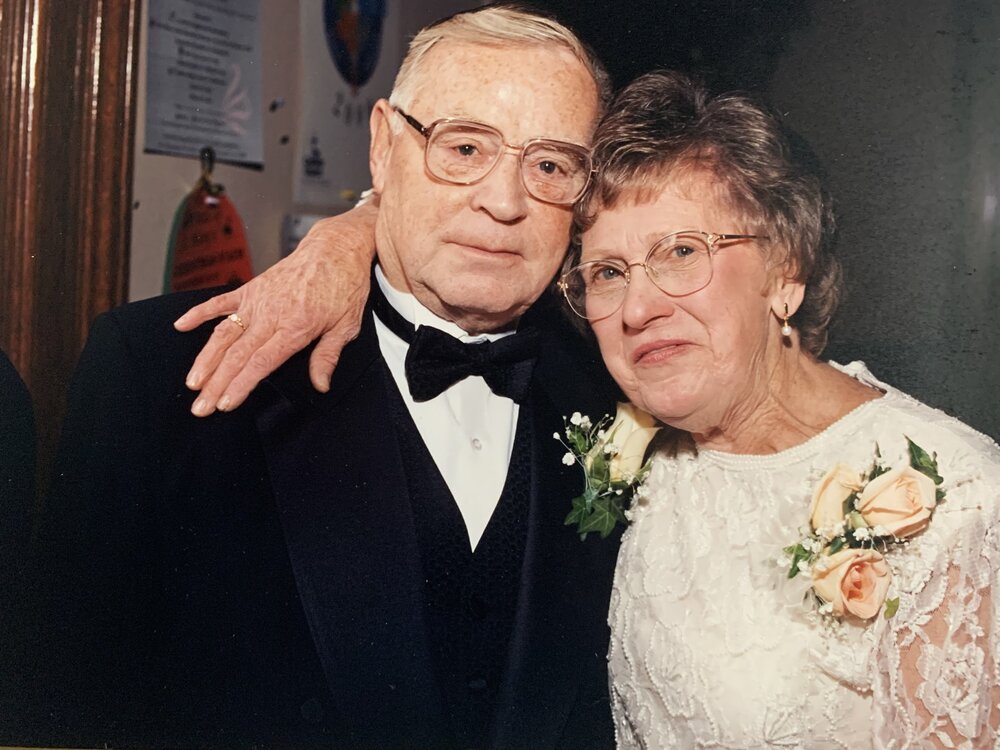 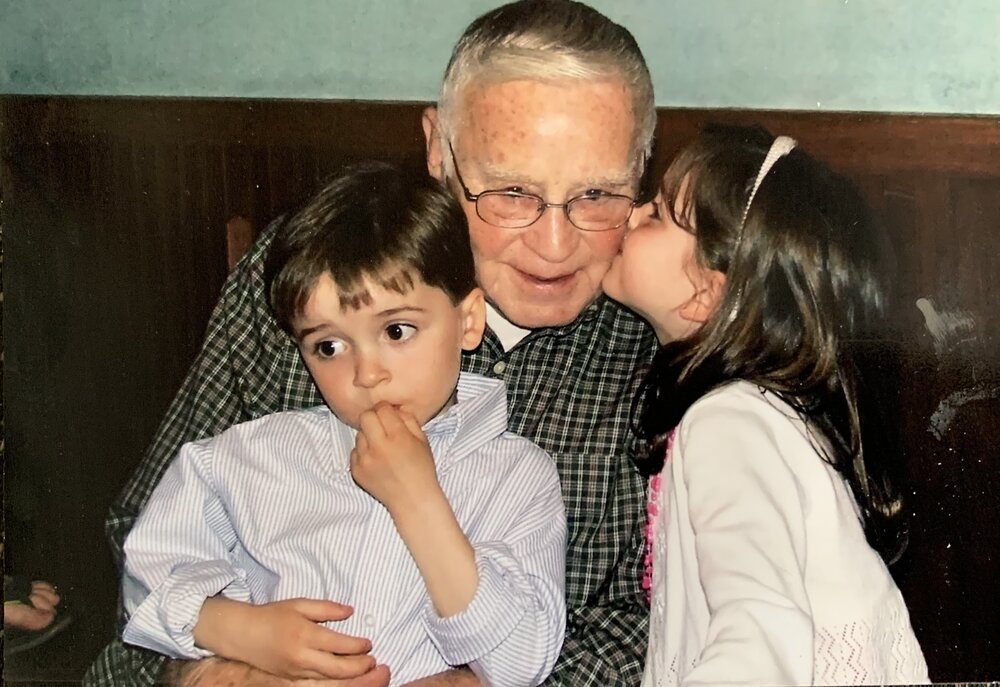 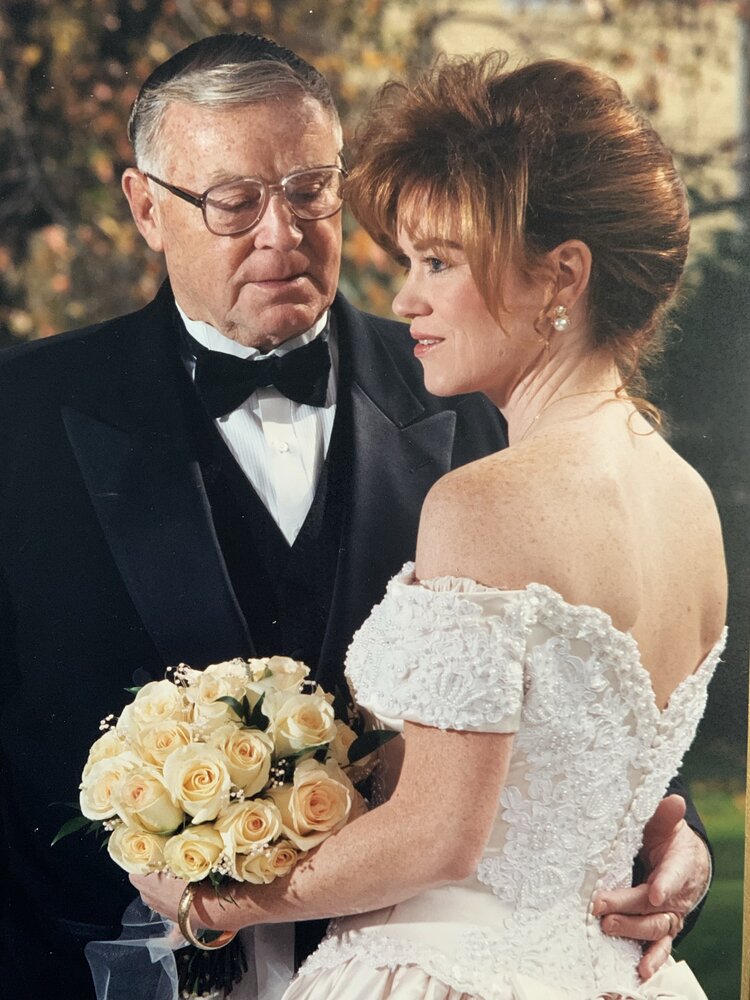 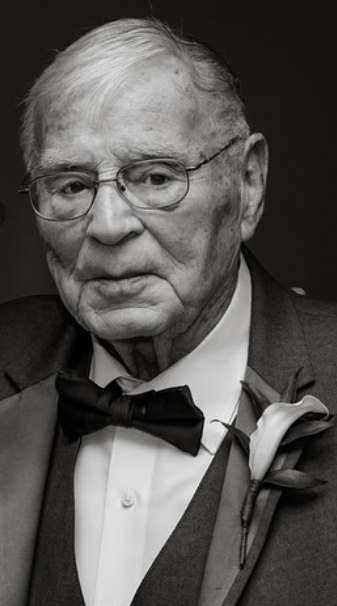 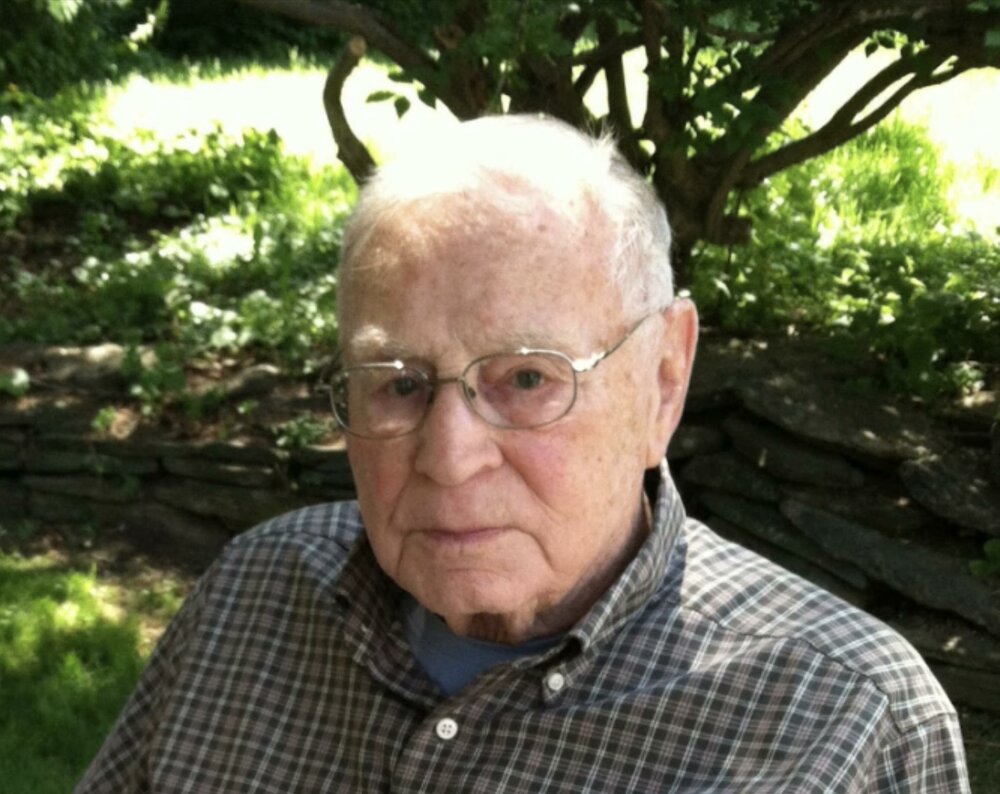 Please share a memory of William to include in a keepsake book for family and friends.
View Tribute Book
William Francis Owens, Jr., 1930-2021, Clinton- William F. “Bill” Owens, Jr., 91, passed away peacefully, with his loving family by his side on Saturday, October 16, 2021, at St. Elizabeth Medical Center. Born on April 4, 1930, in Utica, NY, Bill was the son of the late William F. and Marjorie (Glover) Owens Sr. A lifelong resident of Clinton, NY, Bill was a graduate of Clinton Central School, Class of 1950. In his high school years, Bill was a star athlete and captain of both the football and ice hockey teams and served as president of his senior class. In December of 1950, he joined the United States Air Force and served for four years as a staff sergeant with the 317th communication squadron. During his time spent in Germany, he was awarded the Nation Defense Service Medal, Good Conduct Medal, and Occupation Medal. On June 18, 1955, he was united in marriage with the love of his life, the former Helen Margaret Connolly at St. Mary’s Church. Together they built their forever home and raised four children. The couple shared 64 years together until Helen’s passing on October 23, 2019. In 1963, Bill was instrumental in establishing a family plumbing business with his father. He started out moonlighting with his dad and brother, while working at Suburban Propane. “William Owens & Sons, Plumbing and Heating” was established in 1964, and has served Clinton and the surrounding community for over 57 years. Bill took extreme pride in the quality and craftmanship he provided to his customers, and there are countless boxes of photos of “pretty plumbing” to prove it. Bill’s home served not only as a home for his family, but as a shop and office for the business as well. Because of his family centered business, he was well known and personable to many in the Village of Clinton. Many people would stop by for coffee, lunch, or both. Until the last few years, well into his 80’s, Bill actively ran the business alongside his two sons, wife, and grandson. He didn’t believe in retirement. Throughout his life, Bill enjoyed snowmobiling, motocross, and was an avid hockey fan with season tickets to the Clinton Comets, Utica Devils and Utica College Men’s and Women’s Hockey. For more than 60 years, he was a member of the Clinton Fire Department. In his younger years, he actively served as a volunteer firefighter. He worked hard his entire life, rarely taking a vacation. He enjoyed life’s simple pleasures, dinners out with close friends, car rides, ice cream and he enjoyed spending time with his grandchildren and great grandchildren, especially Meghan and William, who spent so much time caring for him in recent years. He also enjoyed time with some of his favorite pets, Moen and Emma. A few of his favorite places were Kirby’s, Alteri’s, and Bonomos Dari Creme, where most times the staff knew his order upon arrival. He lived 91 years filled with honesty, hard work, and integrity. Bill is survived by his two sons, two daughters and their spouses, William J. and Nina Owens, of Clinton, Brian Owens, of Clinton, Laurie and Matthew Christ, of Clinton and Linda and Cary Eisenhut, of New Hartford; six beloved grandchildren and their spouses, Meghan and Joe Price, of Whitesboro, Alyssa and TJ Losowski, of New Hartford, Kait and Andy Cirillo, of Rochester, William of Astoria, Mia and Garrett Eisenhut, both of New Hartford; two great-grandsons, Liam and Hudson Price; his three brothers and sisters-in-law, Robert & Arlene Owens, of South Carolina, James and Annette Owens, of New Hartford, Bernard and Lauren Owens, of Rome; many nieces and nephews, including a special niece and her family, Jane and Mike Granato and their son, Matt Granato and his wife, Megan and their son, Garrett; and his special friends, Judy Bentley, Warren Evans, Bob Kirkham, Skip Slawson, Dave and Barbara Lane. The family would also like to thank the Visiting Nurse Association, especially Patty Hamlin and Mary Reed for their exceptional care. He fought the idea of getting “in home care” but once he got used to it, he looked forward to seeing Patty and Mary so much. All are invited to call from 4-7 p.m., (Today) Tuesday, October 19, 2021, at Owens-Pavlot & Rogers Funeral Service, 35 College St., Clinton. A Mass of Christian Burial will be celebrated at 10 a.m., Wednesday, October 20, 2021, at St. Mary's Church in Clinton. His burial will be in St. Mary's Cemetery. In lieu of flowers, please consider donations to Clinton Dollars for Scholars to establish a scholarship in Bill’s name for any Clinton High School graduate pursuing a career in the plumbing or heating field. Donations can be sent to Clinton Dollar for Scholars at 75 Chenango Avenue, Clinton NY in Bill’s name.
Tuesday
19
October