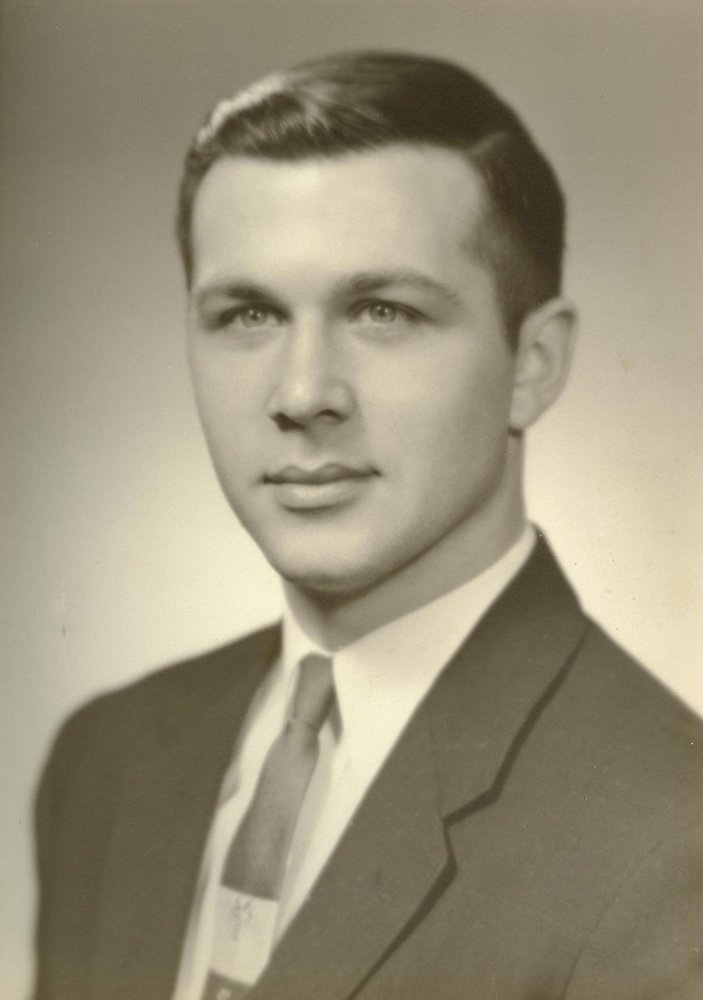 Please share a memory of Wayne to include in a keepsake book for family and friends.
View Tribute Book
Wayne C. Clinch, 84, of Westmoreland, died at Mohawk Valley Health System’s St. Luke’s Campus on 8 July 2021. Born in Vernon to the late Raymond George Clinch and Mildred Emma Smith, he graduated from Westmoreland Central School in 1955, and married Joyce Coyne in 1958. He worked briefly for the H. L. Green five and dime store chain in Mount Vernon and Rochester, then joined Metropolitan Life Insurance Company in Rome, retiring as a sales manager. Wayne was a tireless volunteer. As a Boy Scout leader, he served as scoutmaster of Westmoreland’s Troop 24, took an Iroquois Council provisional troop to Philmont Scout Ranch, advised an Order of the Arrow lodge, and earned four Wood Badge beads. Within the Masonic community, he served as master and secretary of Clinton-Hampton Lodge, patron of Westmoreland Chapter, Order of the Eastern Star, district deputy grand lecturer of the Lewis-Oneida District, and a Shriner driver. He volunteered with the Westmoreland Fire Department and the Red Cross, and was a multi-gallon blood donor. He was also founding president of the Mohawk Valley Performing Arts (now Mohawk Valley Ballet) board of directors. Wayne was creatively resourceful. He helped a daughter craft platform shoes from a two-by-four when the style was popular. He rigged up a Shop Vac foundry in the basement to make aluminum Dutch ovens. And, he built a canoe from lath covered by paisley drapery fabric. Wayne was fond of feeding people. He oversaw numerous Methodist fish suppers and Masonic turkey dinners, and spent a few summers on the road creating hearty meals for both the Eagles Drum & Bugle Corps and the Cadets. He also volunteered at Hope House. When family visited, it was always, "What can I get you? Pancakes? Salt potatoes? How about ziti?" And, until recently, he regularly treated his wife to homemade bread and cookies. Wayne was a wonderful husband. He met his wife in first grade, dated her in high school, and spent almost sixty-three married years by her side. In her words: “He spoiled me.” And that says it all. Wayne was a supportive father. He once drove a few hundred miles to fix a radiator so his eldest daughter’s road trip could continue as planned, and he flew out to help with newborn care and housework when her children were born. When his youngest daughter joined a drum and bugle corps, he quickly became a dedicated board member, helping to raise funds with raffles and dances, and turning an old school bus into a mobile kitchen. He taught his daughters the joys of camping, handed down silly songs, and passed along cribbage and backgammon skills which led to nightly competition with his youngest daughter throughout her high school years. Wayne was a loving grandfather. He was always ready for a mall trip or a game of miniature golf. He was even willing to share the key to his riding lawnmower, using an errant joy ride as a chance to firmly—but patiently—explain why rules must be followed. His ability to talk to strangers like they were his friends left a deep impression. So did his astounding ability to win stuffed animals and other prizes from arcade claw machines. As a final act of service, Wayne arranged for his body to be donated to Upstate Medical University’s Anatomical Gift Program. All are invited to call Friday, 6 August 2021, from 3 pm-6 pm at Owen-Pavlot & Rogers Funeral Service, 35 College St., Clinton. Please be advised that masks will be required while inside the funeral home per the families wishes. A Masonic funeral and memorial service will follow at 6 pm at the funeral home. In lieu of flowers, please consider a donation to the Central Oneida County Volunteer Ambulance Corps, 7489 E. South St., Clinton, NY 13323. Please visit https://www.weremember.com/wayne-c-clinch/7p5c/ to share reminiscences. Wayne is survived by his wife, Joyce, their two daughters, Cynthia and Andrea, three grandchildren, and numerous extended family members. The Clinch family is grateful to the physicians, family members, neighbors, and friends who offered support during his illness. In particular, they appreciate the exceptional care provided by the Allen Calder nurses and staff members.

Share Your Memory of
Wayne
Upload Your Memory View All Memories
Be the first to upload a memory!
Share A Memory
Send Flowers
Plant a Tree