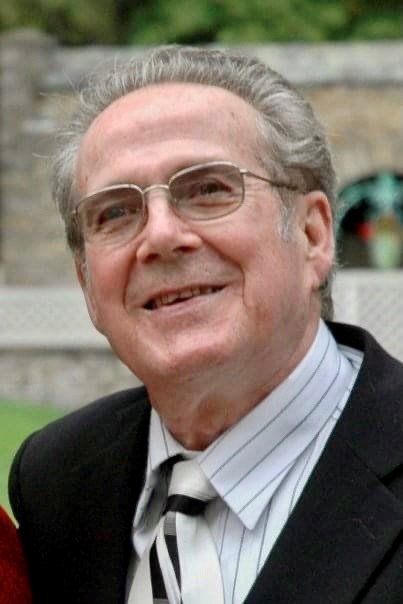 Please share a memory of Willis to include in a keepsake book for family and friends.
View Tribute Book
Willis E. “Bud” Logan, 86, of Rome, passed away peacefully on Thursday, April 29, 2021 at the Katherine Luther Home in Clinton, NY, with his family by his side. Bud was born on January 8, 1935 in Tinsley, Mississippi, the son of Willis H. and Minnie Lou Cummings Logan. He graduated from Anding High School in 1954 and enlisted in the US Air Force. Stationed at Griffiss Air Force Base in Rome, NY, Bud was a member of the 4713th Radar Evaluation Squadron as a mechanic and crew chief. It was at Griffiss that he would meet his future wife, a secretary in one of the offices on base. Bud was discharged from the Air Force on November 1, 1957 and married Bernice Ann Dzwonkas the very next day at Annunciation Church in Clark Mills, NY. For over 40 years Bud owned and operated Bud Logan Home Improvements in Rome, designing and building countless kitchens, bathrooms, and additions. Bud was a carpenter, an electrician, a plumber, a roofer, and a mechanic, and did nearly all the remodeling work by himself. Upon his retirement, Bud spent a great deal of time restoring cars, including a beloved vintage Corvette. In his spare time, Bud enjoyed tinkering with old clocks, watching the many birds that visited his back yard, and collecting old trains and toy trucks. He had an entire room devoted to these classic toys and was most proud of the collection of vintage Hess trucks that he amassed over the years. Bud also continued remodeling homes for his children, as well as building one-of-a-kind toys and furniture for his grandchildren. He enjoyed painting and completed several landscapes for his family over the years. He enjoyed music and played many instruments over the years including guitar, accordion, organ, and steel guitar. As a teenager Bud was in a band with his buddies where he sang and played steel guitar. The band spent Saturday nights playing gigs at Slick Fulcher’s Night Club in Yazoo City, Mississippi. The band also played weekly on local radio and recorded a record. There was little that Bud could not do, and he gave of his talents happily and generously for all who needed a hand. Bud was a friend to all, a generous and loving husband, father, and grandfather, and had a heart as big as the sky. He was loved by many and will be missed tremendously. Bud was a member of St. Peter’s Church in Rome, NY, as well as R. Kirk Parkhurst Post American Legion in Oriskany, NY. He is survived by his wife of 64 years, Bernice; four children, Michael Logan of New York City, Richard Logan of Beaver Falls, PA, Cindy Logan (Robert Reifsnyder) of Farmington, NY, and Tamara Huyck (Robert) of Westmoreland, NY. He leaves nine grandchildren: Paul, Adam, Alexa, Austin, Katelyn, Nicholas, Sarah, Samuel, and David. Also, four great grandchildren: Dominic, Sophia, Isabella, and Cabela; 3 half siblings Tina (Jerry) Alford, Garry Logan, and Tommy Logan, all of Mississippi; many nieces, nephews, in-laws, and friends, and a special grand-puppy Elmo. He was predeceased by his sister, Mary Frances Majors, of Florida. Bud’s family wishes to extend their heartfelt gratitude to the many nurses, aides, and staff at Katherine Luther Home, especially the Willoway and Mapleview Units, Stephanie Roberts, Crystal Phillips, and Jamie Riegler for their many kindnesses and compassion over the past two years. All are invited to call on Wednesday May 5th from 10AM-11AM with a funeral service to follow immediately after calling hours at Owens-Pavlot & Rogers Funeral Service, Clinton. Burial will take place following the funeral service at St. George's Cemetery Whitesboro, New York.
Wednesday
5
May

Share Your Memory of
Willis
Upload Your Memory View All Memories
Be the first to upload a memory!
Share A Memory
Send Flowers
Plant a Tree