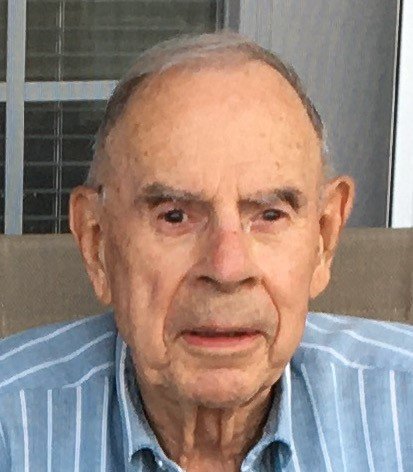 Please share a memory of Warren to include in a keepsake book for family and friends.
View Tribute Book
Warren K. Howlett was reunited in Heaven with his beloved wife Helen on March 4, 2021, after a brief illness. A life-long resident of Westmoreland, Warren was a son of Alfred and Venetha Brown Howlett. He graduated from Westmoreland Central School in 1947 and was a loyal alumnus, often returning for reunions and football games. Enlisting after the Korean War broke out, he saw extensive combat in the United States Army Artillery. After his military service ended, Warren graduated from the Utica School of Commerce and later earned a B.S. in physics from Utica College. He enjoyed a 40+ year career with the Rome Air Material Area (ROAMA) and the 485th Engineering Installation Group, headquartered at Griffiss AFB. Shortly after his retirement from the 485th, Warren was hired by the Town of Westmoreland as Assistant to the Assessor, a part-time position he held until the pandemic began. He took pride in helping his fellow seniors navigate state requirements for STAR and other mandates. During these appointments, stories of “old times in Westmoreland” often enlivened conversations as Warren and his friends shared spirited reminiscences. Warren married Helen Ann Tytul on August 26, 1961, a blessed union that endured until her passing in 2016. Theirs was a loving home, where devotion to family, country, and true American values mattered. The Howletts were lovers of sports and they passed this enthusiasm to their children and grandchildren. Cross-country and downhill skiing, tennis, golf, swimming, camping, and fishing enriched family outings. Both Warren and Helen were varsity athletes in high school, and they thoroughly enjoyed watching children Todd and Karen, and grandchildren Jordyn and Erin, compete in interscholastic play. Blessed with a green thumb, Warren nurtured a productive vegetable garden, carefully measured and manicured with a veteran engineer’s skills. Many friends and neighbors savored the fruits of his plantings. Warren spent countless hours maintaining the family homestead and tinkering in his garage, where he rejuvenated old equipment that most people would have abandoned, including his cherished 1950s Sea King outboard. He had a natural ability to repair all things mechanical, and a stubbornness not to “buy new.” Warren loved to watch PGA tournaments and, every winter, cheered for S.U.’s basketball teams. In addition, he was a member of the Kirkland Golf Club and American Legion Post 26, Clark Mills. Warren is survived by his son Todd, daughter Karen, daughter-in-law Barbara, and granddaughters Jordyn and Erin; by his brother Robert Howlett, brother-in-law Mike Tytul and sister-in-law Olga Gadz; by many nieces and nephews; and by a special cousin, Joan Jenkins. He was predeceased by his wife Helen, by his parents, and by his reliable lap-warmers, Colby and Barney. Please consider contributions in Warren’s memory to the Westmoreland Historical Society, P.O. Box 200, Westmoreland, NY 13490. A burial service will be held in the spring.

Share Your Memory of
Warren
Upload Your Memory View All Memories
Be the first to upload a memory!
Share A Memory
Plant a Tree