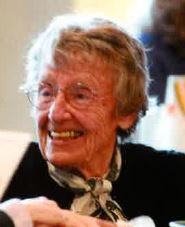 Obituary of Cynthia B Barns

Please share a memory of Cynthia to include in a keepsake book for family and friends.
View Tribute Book
Cynthia Balch Barns, 90, died peacefully in her sleep in her home of nearly 70 years during the early morning hours of Tuesday, December 29, 2020. Cynthia was born in Utica on September 7, 1930, the oldest of four children of the late Richard Horrocks and Elizabeth (Prescott) Balch. She attended schools in Utica and New Hartford and graduated from The Emma Willard School. She then continued her education at Sweet Briar College (VA), graduating in 1952. On June 2, 1951 in the First Presbyterian Church of Utica she married Arthur F. Barns and together they happily raised their seven children in Westmoreland until his untimely death in September 1988. Cynthia was above all else a loving mother dedicated to creating a nurturing environment for her children, allowing them the freedom to make their own choices and providing the opportunity for them to grow and flourish. Community service was also very important to Cynthia and while her children were still at home she served for 15 years on the Westmoreland Central School Board of Education and 5 years on the Oneida County Board of Cooperative Educational Services, including 2 year terms as President of each. When her youngest children reached an age which allowed her the opportunity to enter the workforce, she did so enthusiastically. Among the various positions that she held, and loved, were Assistant to the Admissions Director of Kirkland College, Administrative Assistant at the Greater Utica Chamber of Commerce, Executive Director of the Convention and Tourist Association of the Greater Mohawk Valley where she took great pride in co-founding The Good Old Summertime Festival, Coordinator of the Westmoreland Town Reading Center and Executive Director of Literacy Volunteers of America at Mid-York Library. Never one to remain idle for long Cynthia also volunteered extensively. She served on the Boards of Mid-New York State Health Planning Council, the Oneida County Council on Alcoholism, Central New York Community Arts Council, United Arts Fund (Allocation Committee), Hospice Development Council and Hope House. In her later years she treasured the friendships that she developed as a volunteer at Hope House and as a docent at Munson Williams Proctor Institute. Cynthia is survived by her seven children and their spouses, Frederic (Kathleen Cleary-Barns), Jonathan (Mary), James (Janet), Cady Lyons (George), Marcus (Linda), Charity, Sam (Erin); 12 grandchildren; and 9 great grandchildren. It was a source of great happiness, and an affirmation of her parenting, that her family has always been closely knit. Also surviving are her siblings and their spouses James Balch (Gretchen), Barbara Colt (Tim) and Richard (Judy). Cynthia was quite clear that she did not want floral offerings when she passed. Instead, we know that she would greatly appreciate donations in her name to Hope House, Operation Sunshine, Stevens-Swan Humane Society or a charity of your choice. As per Cynthia’s wishes all services will be private to the family. Cynthia will be buried along side her husband in Westmoreland Union Cemetery. Arrangements entrusted to Owens-Pavlot & Rogers Funeral Service, Clinton, NY.