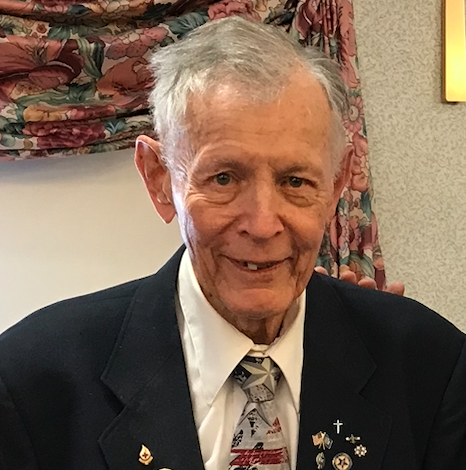 Please share a memory of William to include in a keepsake book for family and friends.
View Tribute Book
Mr. William Jerome Rudge III, 89, passed quietly on 21 May 2020, surrounded by his family at Brookdale Independent Living. William (Bill) was the son of William Jerome Rudge Jr. and Lena Anne Wyss and spent his childhood in Lenox, MA where he attended Lenox High School and Lenox School for Boys. He earned an A.B. degree at Duke University in 1954 majoring in psychology and later took several graduate courses. He served as a corporal in the army from 1954-56 and was briefly stationed in Germany before he was honorably discharged. In 1957 he began work for the General Electric Company as a specialist in technical training programs, and as part of his training rotation worked briefly at the Knolls Atomic Power Laboratory where he met his future wife, Beverly Anne Cook, who worked there as a secretary. They were married on 6 Dec 1958 and eventually settled in Clinton, NY where they raised four children. Mr. Rudge retired in 1991, at which time he devoted himself full-time to a variety of volunteer activities for the American Boy Scouts, American Red Cross, Kiwanis, the Mohawk Valley Engineering Council, the Clinton Historical Society, and the Clinton United Methodist Church. Mr. Rudge's extensive participation in these organizations earned him several distinguished honors, including the Silver Beaver Award by the American Boy Scouts in 1975, the highest award the American Boy Scout Council can bestow on a volunteer. He donated almost 20 gallons of blood and aided extensively in the organization of several blood drives for the American Red Cross. He served as president of the Clinton Kiwanis Club. He organized numerous career fairs for future engineering students. He served as a lay speaker for the United Methodist Church. He also served as Village trustee from 1976-78. Mr. Rudge's extensive service to his community was honored in 1992 when the mayor of Clinton proclaimed June 11 as "Bill Rudge Day." Mr. Rudge and his wife maintained a cottage on Laurel Lake, Lenox and engaged in local community work there as well. During their retirement they travelled extensively. More recently they celebrated their sixtieth wedding anniversary shortly after arriving at Brookdale. On 7 Mar 2019 Bill was awarded the first Clinton Chamber of Commerce Volunteer of the Year award for his many decades of community service. In September of 2019 Bill and Bev were recognized for their 50 years of dedication to the Kirkland Blood Drives. Surviving are his wife Beverly, four children, William J. Rudge IV (wife Patricia), Mrs. Laura Wolfe (husband Dan), David Rudge (husband Bob), and Mrs. Susan Corney (husband Jim); six grandchildren, Caleb & Sarah Rudge, Stephanie and Eric Wolfe, and Philip & Mindy Corney. Bill and his family greatly appreciate the help and support of numerous local medical community doctors and staff, and also the friendship and support of his many neighbors, friends and fellow parishioners at Clinton United Methodist Church, who have been so helpful during the last six months. Many thanks to Sharon Meyer and the staff at Brookdale for their tremendous care and compassion. The funeral will be held at a later date and will be announced by Owens-Pavlot & Rogers Funeral Service, Clinton. In lieu of flowers, Bill asked that you consider donating a pint of blood (to save 2 ½ lives), or donating to Rise Against Hunger of the Clinton United Methodist Church, the American Red Cross, the Leatherstocking Council, Boy Scouts of America or your local food pantry.