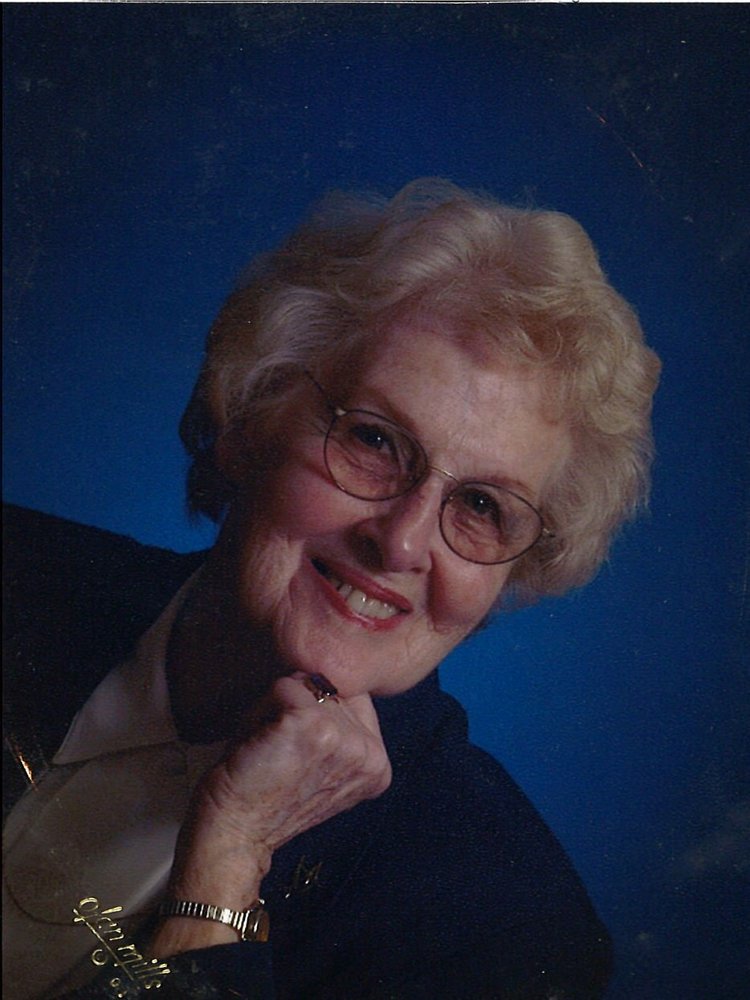 Mary Elizabeth (Blim) Hoch died peacefully at the home of her daughter, Marianne Sykes and her husband Richard, in Oriskany Falls, New York, on October 22, 2019. She had been visited recently by many friends and family members as she celebrated her 98th birthday on October 17. Mary was the wife of Dr. Armand Hoch who was the community doctor in Oriskany Falls for 36 years until his death in 1984. She was also predeceased by her son Kurt in 2000.

Mary was born in Rochester, New York, reared in Utica and attended Utica Free Academy where she met her future husband, Armand Hoch. She attended Cortland State Teacher's College where she studied Health and Physical Education. An accomplished student, athlete and dancer herself, Mary accepted a scholarship to study dance under Joseph Pilates at the famed Jacob's Pillow Dance Studio in Becket, Massachusetts, a highlight of her college career.

She and Armand were married in 1943, and following his medical training which included his internship in the Navy, moved to Oriskany Falls and established his private medical practice in an office attached to their residence. They both became vital parts of their community. Even while assisting with Dr. Hoch's busy practice and rearing six children, Mrs. Hoch made the time to serve Oriskany Falls United Methodist Church from 1952-1992, first as a teacher and eventually as Sunday School Superintendent. Subsequently, she held a Tuesday morning Bible study group in her home for 25 years. In 1973 she also was an Eastern Star Matron.

One of Dr. and Mrs. Hoch's contributions to their community was the formation of a well-known marching band, the Military Escorts, which very successfully accompanied the local Firemen's Association and Women's Auxiliary in parade competitions throughout the area. The success of these competitions was a source of great pride for the entire community.

After the sudden death of Dr. Hoch, Mrs. Hoch filled her days visiting with her large extended family and volunteering in Reading and Language Arts at Madison Central School. She loved education, but most of all, she loved children. Even as her own children grew up and moved away, she continued to host "French Toast Tuesdays" in her home where she prepared lunch for many of the younger children in town.

Mrs. Hoch is survived by her children: daughter Marianne Sykes and husband Richard; son Keith and wife Cheryl; son Gregory and wife Corinne; daughter Carolee Snyder and husband Malcolm; son Jeffrey and wife Luanne; and daughter-in-law Janice, wife of son Kurt. And finally her greatest legacy and source of immense joy and pride were her 17 grandchildren and 49 great-grandchildren.

A memorial service will be held at 2pm November 3rd at Oriskany Falls United Methodist Church.

Share Your Memory of
Mary
Upload Your Memory View All Memories
Be the first to upload a memory!
Share A Memory
Send Flowers