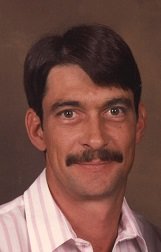 He was born July 20, 1952, a son of the late William Edgar and Alma Doris (Streeter) English. In high school he met the love of his life, Patricia Ann Cass, whom he went on to marry and start a family with. He loved spending time with his family, especially his grandchildren. Over the years Joel worked for many construction companies but most recently he was a finisher for Winterton.  He could fix or build anything he was asked to. He was a founding member of “The Animals” softball team where he made many lasting friendships. He enjoyed watching SU basketball, fishing, and working on his ‘57 Chevy.

Joel is survived by his loving wife of 43 years, Patricia Ann English; sons and daughters-in-law Jess and Cathy English, Newton and Sara English – who was very special to him and like a daughter; brothers and sisters-in-law, Steve and Gail English, Sidney English; sister and brother-in-law, Samantha and Robert VandenBosch; niece, Jennifer Hynes; his grandchildren, Dillon and Emma; and a large extended family. He was predeceased by his parents and a brother Jesse English.

The family would like to thank the staff on the 2nd floor at St. Elizabeth’s Hospital and Michelle from Hospice.

There will be no public services.