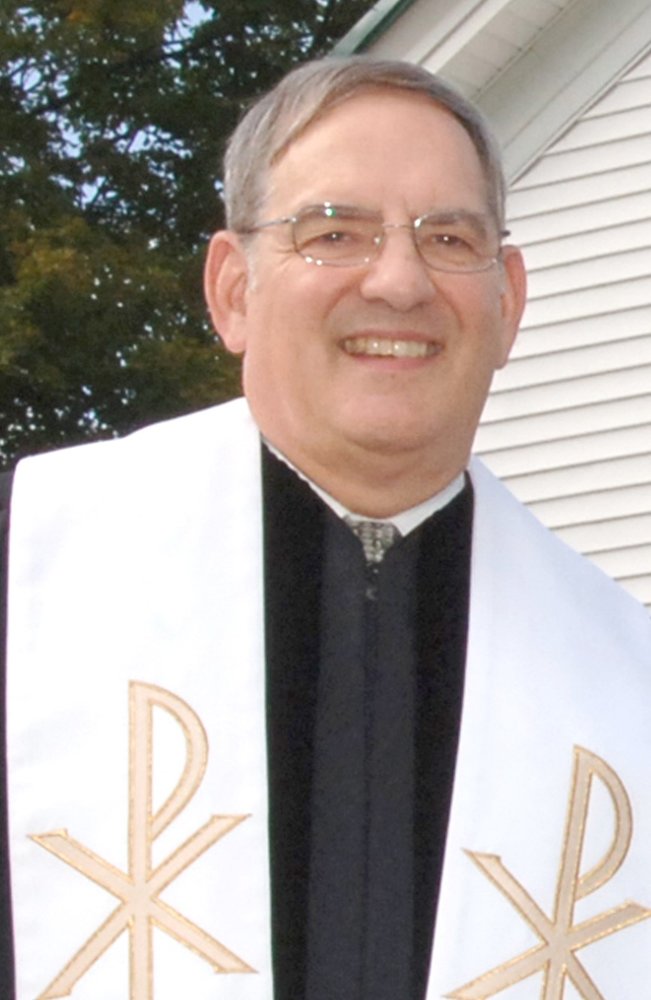 He was born in Sunbury, PA on December 23, 1946, the son of the late Henry “Bud” and Betty (Miller) Hast.  Tom received his Bachelor’s Degree in Electrical Engineering from Penn State and remained a big fan of Nittany Lions Football.  He also earned a Master’s degree from Texas A&I in Engineering. He continued his education at the University of Dallas and earned a Master’s Degree in management.  Tom worked as an Electrical Engineer at IBM and Lockheed Martin Federal Systems Division in Owego for many years.  He then answered his calling and attended Eastern Baptist Theological Seminary, receiving his Master’s Degree and then earned his Doctorate in Ministry.  He served as the Pastor of Bartlett Baptist Church and Oneida Baptist Church for many years, celebrating his retirement this past weekend.

Tom was united in marriage to Shawn DePew on May 25, 1996.  He served his country in the US Navy Reserves retiring as a Commander.  Ever devoted to service, Tom was a volunteer with the Red Cross, going to Dallas and Houston Texas and Vermont after hurricanes.  Tom also traveled to Haiti to build houses with ABC/NYS.  Tom served on the board and was Past President of Mohawk Valley Community Action Association, and was the Chaplin at Stanwix Volunteer Fire Dept.  He was the Court-Appointed Special Advocate Case Volunteer of the Year with Empowering Pathways in 2008.   He was also a member of the American Baptist Churches of NYS where he served on several committees, served as President of the Rome Clergy, and was the area minister of the Iroquois Association.  Other memberships include the M-O Association.

Tom seemed to have time for everyone - visiting, listening and enjoying time together.  He especially enjoyed fishing with his son and being with his family and his three cherished granddaughters.  He also enjoyed gardening and spending time outdoors.  His love for the Lord and his church shone brightly in his spirit.

All are invited to call Sunday, July 1, 2018 from 3-6 pm at First Baptist Church, 301 W. Embargo St., Rome and Monday, July 2nd from 9-11 am at the church. Funeral Services will be held at 11 am Monday, July 2nd at First Baptist Church with the Rev. Cedric A. Broughton officiating.  Entombment will be at 11 am on Tuesday at Vestal Hills Memorial Park, 3997 Old Vestal Rd., Vestal, NY.  Arrangements by Owens-Pavlot & Rogers Funeral Service, Inc., Clinton.

Share Your Memory of
Rev. Dr. Charles Thomas
Upload Your Memory View All Memories
Be the first to upload a memory!
Share A Memory
Send Flowers