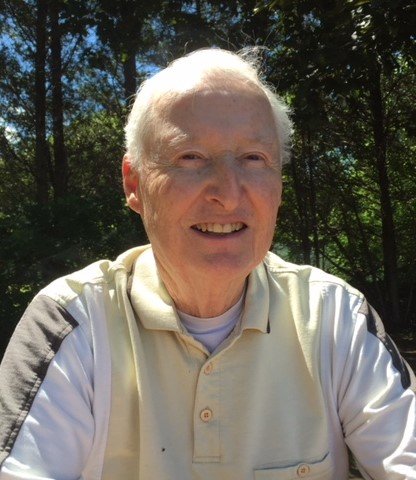 David Denio Wright, 81, passed away May 30, 2018 at the Siegenthaler Hospice and Palliative Care Center.

He was born November 16, 1936 in Passaic, NJ, the son of the late David H. and Clara (Crippen) Wright.  He graduated in 1954 from Rome Free Academy and received his undergraduate degree from Tufts University in Boston, MA, in 1958. David served his country as a Lieutenant JG in the United States Navy for three years following college.  He earned a Doctorate of Juris Prudence from Cornell Law School in Ithaca, NY in 1965 and retired in 1999 after 39 years from Utica National Insurance as a Vice President and Claims Attorney.  He was united in marriage to Sherry Stasse from New Hartford, NY, on July 13, 1968 in Rome, NY.  David was a member of the American Bar Association in New York State.

He is survived by his wife Sherry S. Wright of Waterville; his daughter, Elizabeth S. McAulay and granddaughter, Imogen McAulay of Santa Monica, CA; his son, Mark H. Wright of Mountain View, CA; a brother, E. Stevens Wright of Blue Hill, ME; sister-in-law and brother-in-law, Andrea and Marc Rogers of Old Greenwich, CT; a nephew, Luke Rogers of Brooklyn, NY: and niece Gaelyn Rogers Swanson and her husband Aaron of Asheville, NC.

A Memorial Service will be held on Friday, June 15, 2018 at 4:00pm at Owens-Pavlot & Rogers Funeral Service, Inc., 35 College Street, Clinton, NY. All are invited to a reception at the funeral home at 3:30pm prior to the service. Burial will take place at Wright Settlement Cemetery in Rome.

Share Your Memory of
David
Upload Your Memory View All Memories
Be the first to upload a memory!
Share A Memory
Send Flowers