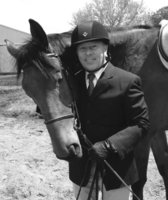 Thomas F. Moore, 66, of Clinton, NY, died peacefully at home on June 23, 2020. Born in Gardner, MA, Tom graduated from Staples High School, Westport, CT, and St. Lawrence University, Canton, NY. He pursued his childhood ambition of being a commercial airline pilot, logging early flight hours at Pilgrim Airlines in Connecticut and later locally at Empire Airlines. He flew for People Express, USAirways, and finally American Airlines, with a tenure there of more than 33 years and achieving the rank of Captain on the Airbus 319, 320, and 321. His love of aviation also led to sailplane and floatplane ratings and to owning several private aircraft over the years culminating with a restored Cessna 170 taildragger hangered at Hamilton, NY. Fatherhood was especially important to Tom, and his interest in alpine ski-racing followed his son Tim’s entry into the sport. Together they logged many miles traveling to races in New York State and in the Northeast. Always a parent to step forward to help, he became a race official with the New York State Ski Racing Association and enjoyed many hours working “on the hill” at race events. Tim’s college pursuit of riding for St. Lawrence University to the national collegiate level led Tom back into the world of horses, where he enjoyed hours of barn time riding both hunt-seat and dressage with "Al B Sly," "Al B Clever," and "Nightlife." Tom approached each interest in his life with respect for the discipline, a desire to learn as much as he could, the drive to do his best, and an appreciation for excellent equipment. Along the way he found successive airport, skiing, and barn “families,” who only enriched the time he spent with each. Late to the sport, he had yet to find his motorcycle family. Tom is survived by his wife Mary of Clinton, NY; son Tim and girlfriend Megan Cox of Dryden, NY; parents Dorothy and James Moore of Reynoldsburg, OH; sister Cindy Warren and husband Griffin of Baltimore, OH, and nephew T.J and niece Elsa; sister-in-law Laura Davis and nephews and niece Erik, Scott, and Abigail Peterson of Fort Collins-Denver, CO; dear family friends Mimi and John Fehlner of Clinton; special neighbors Nan and Les Labrecque of Clinton; special camp friend Judy Bean from Big Moose Community Chapel; and his at-home dog “ladies” Katy and Zoe. He was predeceased by his brother-in-law Tom Peterson of Fort Collins, CO, and equine buddies “Al B” and “Night.” Arrangements by Owens-Pavlot & Rogers in Clinton, NY. There will be no calling hours. Always proud of his Finnish heritage, Tom displayed an abundance of “sisu” throughout his illness. Gifts in his name may be made to the Patient Needs Fund of the Wilmot P. Cancer Center at Strong Memorial Hospital, Rochester, NY, where he received world-class treatment from his oncology team led by Dr. Deepak Sahasrabudhe with Lynn Sievert NP and Kim Sanderson RN, Dr. Joy Burke, Dr. Kenneth Usuki, Dr. Lindsey Dolohanty, Dr. Eva Galka, and Dr. Timothy Doerr. The family extends deepest gratitude to them, to Hospice and Palliative Care of New Hartford, and to all who over its course made Tom’s life wonderfully rich.