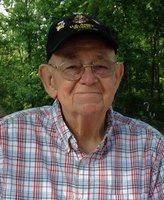 Michael A. Collmer, 87, of 99 Brookside Drive, Clinton and formerly of Tindall Manor, Westmoreland, passed away peacefully on May 8, 2020 at the Lutheran Home in Clinton. He was born in Clinton, NY on July 4, 1932, the son of the late Francis J. and Florence (Roberts) Collmer. He graduated from Clinton High School in 1950. On September 11, 1954 at The Church of the Annunciation in Clark Mills, he was united in marriage to the love of his life, Audrey Toner. They shared a blessed union of 56 years until her passing in 2011. Michael served his country as a Sergeant in the United States Army where he was stationed in Anchorage, Alaska during the Korean War. Mike was employed by General Electric, Broad St., Utica and retired after 36 years of dedicated service. He was also the co-owner of the Van Allen Fence Company and Suburban Services for many years with his partner and friend Bud Scranton. In his community, Michael was a proud parishioner and weekly usher at The Church of the Annunciation. He was also a life member of the Clark Mills Volunteer Fire Department, where he held various positions, including 1st Assistant Chief and Parade Chairman. He was most proud of receiving the CMFD’s “Iron Man” award in 2003 and just this past January he was recognized by FASNY for 64 years of honorable service to the department. Michael was also a 41 year member of the Clark Mills American Legion Post #26 and its Drill Team, where he was fondly referred to as “Sarge” for his many years as Drill Sergeant. Mike enjoyed spending time with his family and friends, watching all things that starred John Wayne or “The Duke” as he loved to refer to him as, eating pizza and ice cream, celebrating the Fourth of July and tending to the roses and flowers in “Tiggie’s” Garden. Michael is survived by four children and their spouses; Susan and Michael Fisher of Beaver Falls, PA, Sean and Patricia Collmer of Vernon, Sheila and Jim Nolan of Westmoreland, Scott and Jill Collmer of Clark Mills; seven grandchildren, Cara (Mike) LaMark, Christopher (Nikki) Fisher, Bryan and Jack Collmer, Thomas, Patrick and Megan Nolan; three great-grandchildren, Brogan Fisher, Henry and Charlie LaMark; and brothers, Frank Collmer and Philip (Nancy) Collmer. He is predeceased by his loving wife Audrey and his sister, Janet E. Collmer. The family wishes to thank the staff of Brookdale Senior Living, Bonnie’s Band of Angels and Judy Neal for their years of friendship and care giving. They would also like to thank the staff and nurses of the Saul Unit at Lutheran Care for their compassion, care and kindness. In lieu of flowers, please consider a donation in Mike’s name to The Church of The Annunciation, 7616 E South St., Clinton, NY 13323, The Clark Mills American Legion Post 26, PO Box 244, Clark Mills, NY 13321 or The Clark Mills Volunteer Fire Department, 7700 Main St., Clark Mills, NY 13321. Due to the current circumstances, a memorial mass for Mike will be announced and held at a later date. Internment will be at St. Mary’s Cemetery in Clinton.