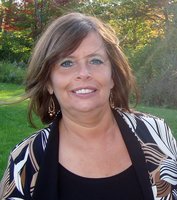 Trina M. Gogola passed away suddenly January 11, 2019 in the comfort of her own home.

Trina was born in Utica on October 11, 1955 and was raised with love by her father and mother, Jack and Margaret “Peg” Murfit in Westmoreland, New York.  She attended Westmoreland Schools and went on to work for many years in the office at Branjen Realty. In 1974, she met the love of her life, David Gogola Sr., and married him in 1975. The two of them went on to start a family which became her pride and joy.

Trina enjoyed spending time in the outdoors, especially in Hinckley at their camp in the Adirondack Lakeside RV Park. She also enjoyed collecting Adirondack décor, and was a gifted interior designer. Trina enjoyed time with her family the most, first with her children and then eventually with her grandchildren who she could never get enough of. She had a huge heart and a smile that would light up the room especially when she was with her grandchildren.

All are invited to call on Tuesday, January 15 from 4-7 PM at the Owens-Pavlot & Rogers Funeral Service on 35 College Street in Clinton. A funeral mass will be celebrated at 10 am on Wednesday, January16 at St. Mary’s Church, 13 Marvin St., Clinton, NY.

Donations may be made in memory of Trina to the American Heart Association.